What does Hiscox look for when hiring? Is there a Hiscox ‘type’? We chat to James Scottwood, HR Manager for UK Direct at Hiscox and responsible for setting up our Customer Experience Centre in York, who tells us what he loves to see. And if you think you know what a typical insurance employee looks like, his views might surprise you.

You walk in for your job interview clutching a hot coffee given to you at the Hiscox Assessment Centre. As you open the door and walk in to greet your interviewer, you slip. The coffee flies. Your interviewer takes the full frothy impact of the coffee, on his shirt, on his trousers... Coffee crisis.

An interview nightmare? Yes but didn’t someone once say from adversity comes opportunity? That someone could have been James Scottwood: “I was the victim of the unfortunate ‘mauling by mocha’ but while she – the coffee flinger in question – was flustered for the first five seconds she recovered brilliantly and the interview went very well. So well in fact, we hired her. I think she was amazed when we called her to say she’d got the job. I remember her saying ‘but I spilt coffee all over you!’ It was partly how she recovered from that set back that got her the job.” Tasked with building a team in York from scratch four and a half years ago – it now numbers 150 – a challenge for James was to persuade people that Hiscox was a career bet worth taking on. “As a new firm in the area, we didn’t have the heritage that many other more established businesses in the region could offer. That meant that people who were prepared to consider us were taking a career risk. I liked that.”

There is no template for a Hiscox employee. But what type of person does he look for? “I don’t have a set brief when I interview people. I like introverts and extroverts. There is no template but what I do look for are smart, savvy people who engage me. I always think we can teach people about insurance but we can’t teach them about doing the right thing by the customer. Another character trait I love to see is passion. A candidate we interviewed had taken a week off work to learn how to code; not because it was part of their job, but just because they wanted to. I love that passion.” James also scotches the idea that Hiscox might recruit a certain ‘type’. “People we hire come from all backgrounds – we hired a former street dancer recently! My background isn’t in insurance either. I worked in the media for Sky and the Guardian. There is no stereotypical Hiscox employee. The only common factor I can identify is that something about you needs to stand out. I don’t look for traditional insurance people – whatever that means – I’m more interested in that spark and what you can be, not what you have been.”

You’re hired. Called for an interview with Hiscox? Don’t think you’re auditioning for an Alan Sugar Apprentice-style show either says James. “We are rated by the jobs and recruiting site Glassdoor as the third best place in the UK to have an interview. First impressions still count of course but I have had interviews when I have immediately thought ‘no’, and then changed my mind as the interview progressed. There’s no need to throw coffee over me though. Did I say how hot it was?”

Learn more about careers at Hiscox Re & ILS. 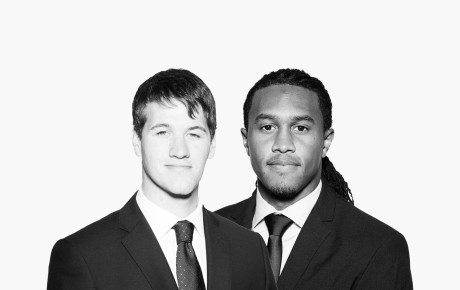 What I learnt as a Hiscox graduate

Read more
What I learnt as a Hiscox graduate